As we brought to you in previous posts, the forcible paramilitary eviction of Steve Conklin and, among others, his 84 year-old World War 2 veteran lifelong union railroad worker father, by the York County and Pennsylvania State law enforcement authorities, financed by the bank taking Satori Farm without a hearing, is scheduled for January 5, 2012 – it was scheduled while the ink on the prior TRO was still wet.  In a flurry of docket activity, Conklin has placed the matter squarely back before new federal district Judge Robert Mariani, sworn in as a federal judge after a career as a labor attorney, in November, 2011.

Despite the prior and extensive filing that we brought to you from Conklin, Mariani has remained silent, and his prior TRO expired silently by operation of law on December 21, 2011, and no further action has been taken.  These filings were linked in our Constitutional Law 101 post, and there they have sat.

On Friday, December 30, 2011, with the eviction scheduled for January 5, 2012, and Mariani sitting silent, Conklin filed for a new TRO, which presents a very clear and simple matrix of facts upon which Mariani is requested to act.  Those facts, and conclusions of law they support, lifted right from Conklin’s filing, and not contested by the defendants or the Court as follows:

The Motion for a Temporary Restraining Order, which lays out the issues for Judge Mariani, is as follows:

If you have reviewed these materials, or any other documents or releases related to the Steve Conklin/Satori Farm, there is a way you can help – a way with a tried and true American tradition.  Judge Mariani currently has this case as a result of his “equitable” jurisdiction, and a “court of equity” is acting for larger purposes and is not typically constrained by the normal formal and rigid rules of “courts of law”.  In granting or denying an injunction, which is what ultimately is being requested, the Judge must consider the public interest and public concern, and even public opinion, and take all those things into consideration.  Steve’s expert witness on the fraud issues, Lynn Szymoniak, who was featured in an April, 2011 60 minutes, the link to which is in our December 6, 2011 Call For Action posts, as well as others, have been active in making this a nationwide effort, and we hope that Judge Mariani hears from supporters all over the country.  The Judge can do that through a hearing process, and we can do it through the process of our right to be heard by contacting Judge Mariani, and expressing our concerns and our particular interests to him as he weighs this decision.  All Steve has asked for is his right to be heard, and that is all we are asking you to ask as well, because with his rights go our our rights.

Stephen Conklin, Jr., Steve’s son, has forwarded us a letter that he has faxed to Judge Mariani this morning, and that letter is followed by a copy of a post from an Occupy Harrisburg release with ways to contact Judge Mariani to support the cause of stopping the bogus mortgage foreclosure and hostile eviction about to happen, and, more importantly, open up the access to our courts so we do not need to resort to these extreme measures with backs-to-the-wall in the future, and allow us to settle our disputes in accordance with due process of law.  The letter from Stephen Conklin Jr. is as follows:

I’m writing you in support of Stephen Conklin Sr., his 84 year old father, and his family. Since 1997, he has been trying to expose the fraud being committed against him, in essence, blowing the whistle on the mountian of foreclosure fraud he has discovered.

Had the courts listened then, they could have very well prevented the foreclosure crisis from becoming the nationwide epidemic that it has over the years.  All they needed to do was give him a fair trial when he first brought all of the evidence to light.

Let him cross examine witnesses.   Let him present the overwhelming amount of evidence to prove his claims are completely with merit.  His Constitutional rights are being completely deprived and due process has been ignored in favor of a high powered law firm representing EMC mortgage, who just settled with an amount over $28 million for filing fraudulent foreclosure paperwork.

How Mr. Conklin is being ignored and chastised for so many years in the PA Courts is completly mind numbing and ridiculous, to say the least.

I am requesting a Temporary Restraining Order and also would like to see the court finally give Mr. Conklin a fair trial.

It’s a shame that this veteran, who fought in WWII to defend the American Dream, is having it stolen from him with fraudulent documents from several banks.

Lynn Szymoniak who was recently on 60 minutes, worked for the CIA and FBI, has verified the fraud and submitted not one, but two expert witness affidavits to prove the assignments and verifications are completely fraudulent.  Why won’t the court acknowledge this evidence and rule accordingly?

Judge Arthur Schack of NY has thrown out cases with just a fraction of the fraud Mr. Conklin has discovered.

There is plenty of well documented and factual evidence to support all of Mr. Conklin’s claims, including ex-parte communications, perjury by the Grenen & Birsic Law Firm, robo-signing, backdating of assignments, fraudulent verifications, fraudulent assignments, and more fraud than you see in most foreclosure cases across the nation.

During a bankruptcy proceeding Judge Mary France even exclaimed “this is bizarre” and “collusion”, the latter referencing collusion between Conklin’s prior counsel, Paul Lutz, and the “banks” attorney, Leon Haller, with regards to how Conklin wrongfully lost his property at an unjust sale.

I sincerely hope you can provide the justice this family truly deserves and give them proper time and their day to prove everything in a fair court, once and for all.

This court was made for the people and by the people, not for the bankers and their law firms.

Your honor, I sincerely hope you can do the right thing.

The Occupy Movement is supporting Steve’s effort as follows:

Harrisburg, PA the little #Occupy that could 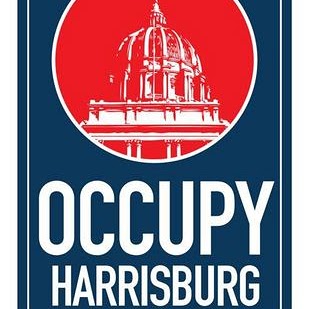 Sure they don’t have the media market of NYC or even Oakland for that matter, heck, even the tundra went viral. Nonetheless, Harrisburg has a cause  that is worth occupying for. They are organizing to protest the pending eviction of the owner of 100 acres in Lewisberry, PA called Satori Farm.

The owner of Satori Farm, Stephen Conklin Sr. foresaw the use of this land to be in accord with the practice of sustainability. He used the land in conjunction with the Fresh Air Fund which afforded children an experience outside of their urban dwellings.

He offered the use of his land to other organizations for a variety of purposes free of charge. He also offered the shelter of his home and food in his pantry to anyone in need. He was happy to share what he had.

Now all of this is apparently in jeopardy due to a fraudulent foreclosure that now lingers overhead like a swarm of locusts waiting to descend on its target. Since 1998, Mr. Conklin Sr. has tried to rectify this situation but has faced many obstacles. If nothing is done come January 5th an effort to evict the current occupants will in all likelihood take place.

We’ve been talking about the eviction of the Conklin Family but there’s STILL TIME for a federal Judge to step in.  View the proof of fraud here. Please call and fax Judge Robert D. Mariani here:

You can use free fax services such as FaxZero. Be sure to have everyone you know send a fax and make a call!

Here’s a sample fax to send. Feel free to personalize it with your own story:

I’m writing you in support of Stephen Conklin Sr., his 84 year old father, and his family. I am requesting a Temporary Restraining Order and give Mr. Conklin a fair trial.

It’s a shame that this veteran, who fought in WWII to defend the American Dream, is having it stolen from him with fraudulent documents from several banks. Lynn Szymoniak verified the fraud. Judge Arthur Schack of NY has thrown out cases with just a fraction of the fraud Mr. Conklin has discovered.

Any efforts that any of you can make to help will be appreciated.  The eviction is scheduled for January 5, 2011 at 2:00 p.m..  We do not expect them to stand down of their own accord, and they had a literal force assembled and prepared to take action.  We will be there to stand beside Steve, his father, his family, and all of the hundreds of spirits who he has helped to live through his efforts at Satori Farm over the years.

Working to provide equal justice under the law in Pennsylvania